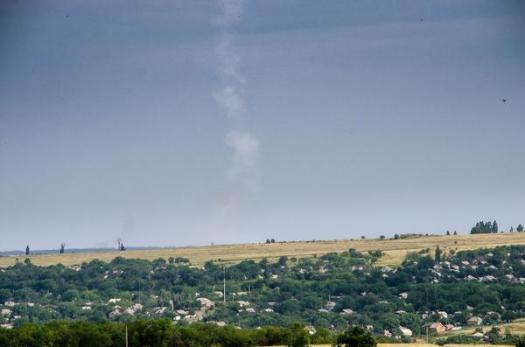 #MH17 Mohd Azahar: “Tell us exactly what type of shrapnel was found in the bodies of our MH17 pilots. WE KNOW DUTCH GOVERNMENT KNOWS.”

150,000 soldiers were shipped to Indonesia from July 21, 1947 onwards to participate in the *First Police Action. Almost immediately following the Japanese surrender in 1945, Indonesia had declared Independence, but the Netherlands refused to cede the very lucrative colony.

The war crimes at Rawagede were committed by infantry conscripts of the Royal Netherlands Army under the command of Major Wijnen, 3rd Tirailleur Company of the 3rd Batallion, 9th Regiment together with members of the 1st Paratrooper Company of the Royal Netherlands East Indies Army and parts of the 12th Field Company Pioneers, and the Cavalry Regiment “Huzaren van Boreel”

(From the Archives:) a clerk at the Procurator-General’s Office at the High Court of Batavia (Jakarta) writes in 1947: “Resistance at Rawagede to be extinguished”.

Immediately after the massacre everything is put into motion to hush the matter up. Major Wijnen is ordered to deny everything before a UN fact-finding mission which nonetheless finds that there have been liquidations at Rawagede.

The 1948 UN report describes these as “intentional and merciless”. However, the report is mothballed following intense Dutch diplomatic manoeuvring and was never discussed in the UN General Assembly.

Eight months after the massacre the decision was taken not to prosecute the Dutch perpetrators. Lieutenenant-General Spoor, the chief officer in charge of military prosecution writes to Procurator-General Felderhof about his concerns about the Rawagede case. In his opinion Major Wijnen was certain to be convicted if court-martialled. Felderhof advises Spoor to drop the case because there is “no longer either any foreign interest or interference in this matter”.

The conspiracy of silence is not broken until 1969 when in the television news-show “Achter het Nieuws” in which the psychologist J.E. Hueting relates about the extrajudicial executions and *“third-grade interrogations” which he has witnessed as a soldier in Indonesia. The Dutch Government now has to act, if only under the pressure of public opinion.

A civil service commission is formed which is to research allegations of *“excesses”. The committee eventually reported on 76 cases. This document is known as the “Excesses Report”. The report plays down the Rawagede Massacre, speaking only of “roughly twenty” executions.

Sa’ih Bin Sakam, one of the few survivors of the 1947 Massacre at Rawagede, together with 9 widows launches a civil suit against the Kingdom of the Netherlands. Sa’ih and the widows state that they bear no grudge against individual members of the Dutch armed forces but demand a formal apology and damages from the Dutch state, in recognition for what has been inflicted on them in the name of that selfsame state in 1947.

In the course of the civil procedure, the Government admits that the Dutch armed forces have committed war crimes. However, then Foreign Minister Maxime Verhagen refuses to offer any recompense. The State Advocate argues before the court that the case has lapsed.

“Justice has been done,” said Liesbeth Zegveld, lawyer for the plaintiffs.

“This means that the state can’t just sit in silence for 60 years waiting for the case to go away of the plaintiffs to die and then appeal to the statute of limitations.”